No trip to Rome is complete without visiting the Colosseum and every time I am in Rome I make time to see this magnificent structure. Built in less than 10 years between 70AD to 80AD it is the largest of the Roman amphitheaters and could hold up to 50,000 spectators.
The structure is actually called the Flavian Amphitheater but is now referred to as the Colosseum. In ancient times a giant statue of the Emperor Nero called the Colossus stood just outside of the Colosseum, and hence, over time the name Colosseum was used to describe the amphitheater.
The Colosseum stands as a reminder to the world just how rich and powerful Rome was in it’s day. It captivates us with stories and legends of the events it was built to showcase for the citizens of Rome. It also gives us a glimpse at how advanced the Roman construction technology was during their time.
Today the Colosseum is a busy tourist attraction. Do not let the crowds keep you from exploring it. Everyone visiting from around the world shares your sense of awe and wonder at seeing and being here at what most certainly will be a highlight of your visit to Rome.
Outside of the Colosseum many tour guides approach you to take a paid narrated tour. Cost is about $25 euros and I highly recommend it. You skip the long lines and you get an insight into the rich history of the era of the Gladiators and ancient Rome. The tours also include admission, along with a narrated tour, of the Palatine Hill and surrounding area. Be sure to wear comfortable shoes, bring your camera, and be prepared to have your expectations wildly exceeded!

Pictured here my tour guide informs our group and uses reference books to help tell the story of the Colosseum.

As this sign mentions, the Equestrian statue (pictured below) was discovered in 2008 near the Colosseum. These works of art are still being uncovered during excavations around Rome. 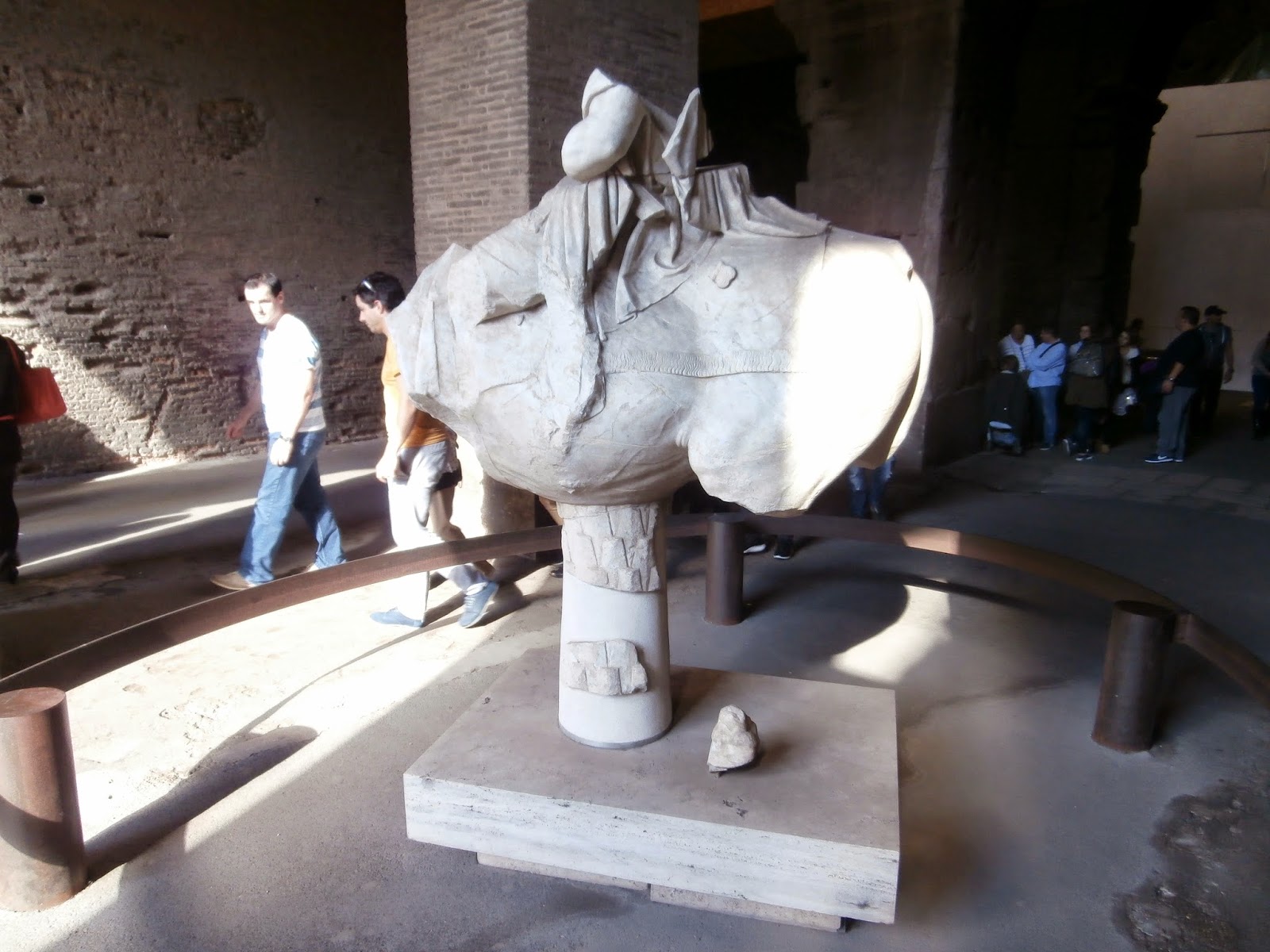 The Pope still performs mass at the Colosseum. In fact the Catholic Church still considers the Colosseum to be a church.

In the distance, the Arch of Constantine. 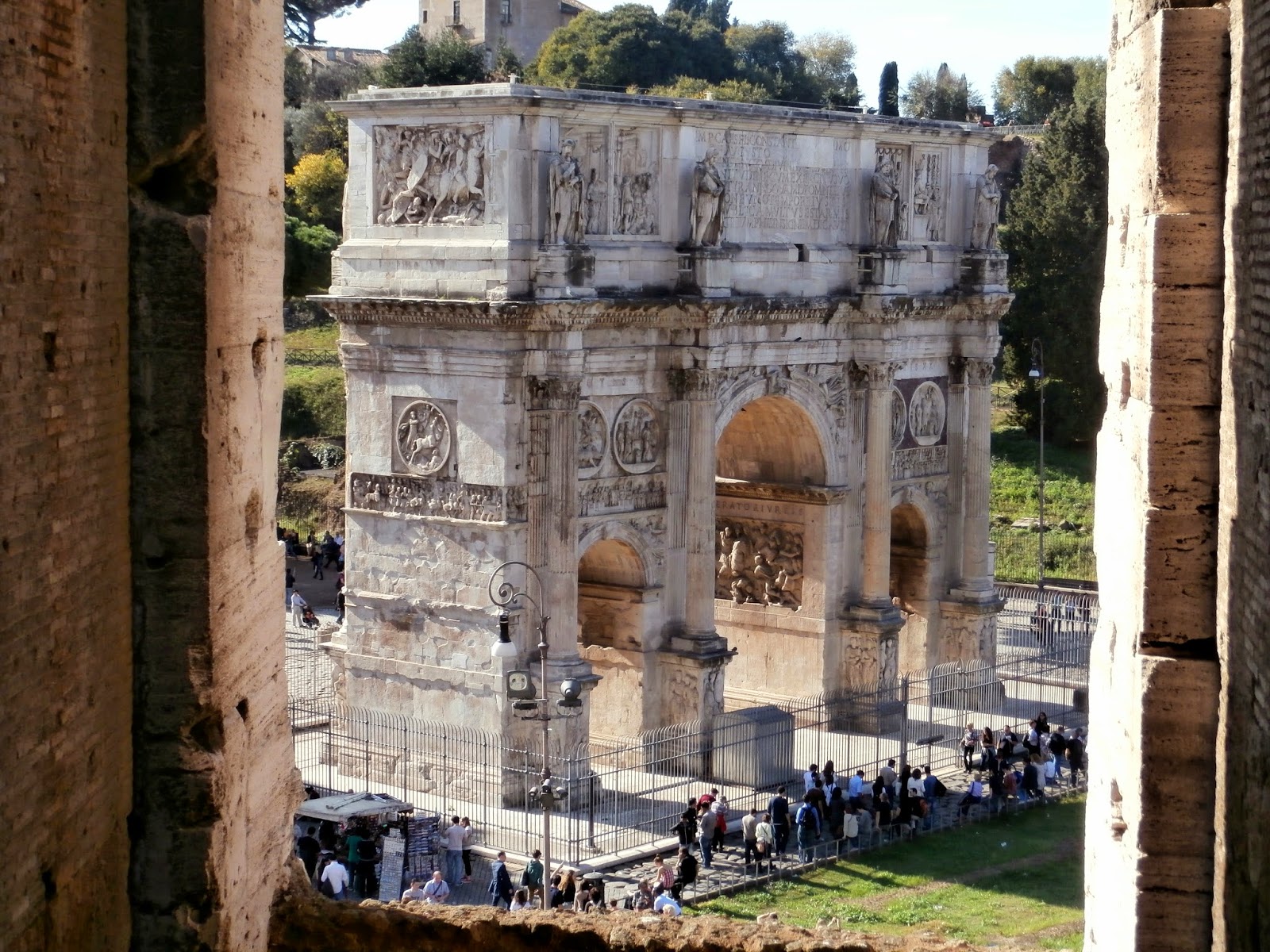 Here you see a great example of the original Roman marble blocks along with bricks from later renovations and restorations. 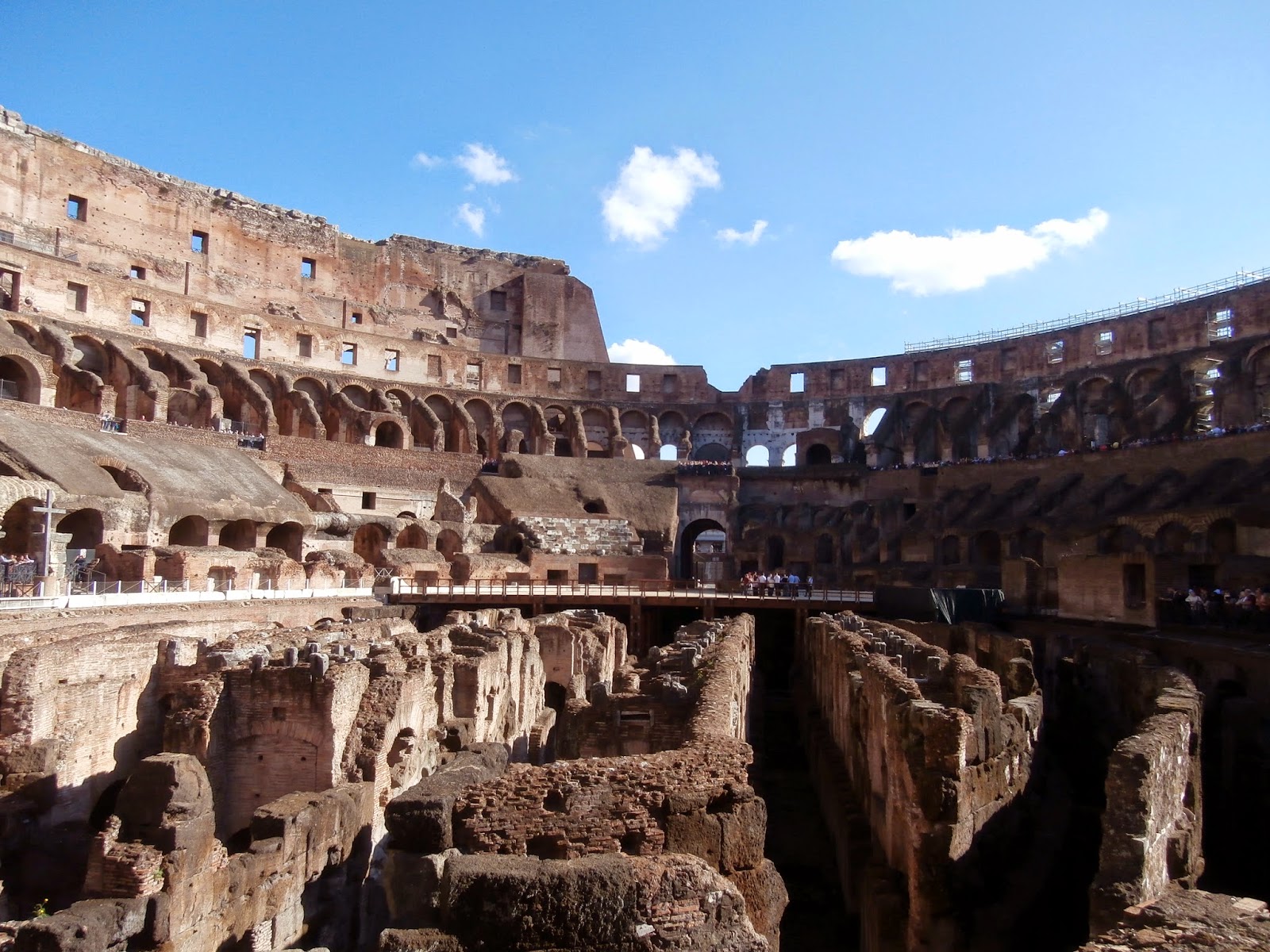