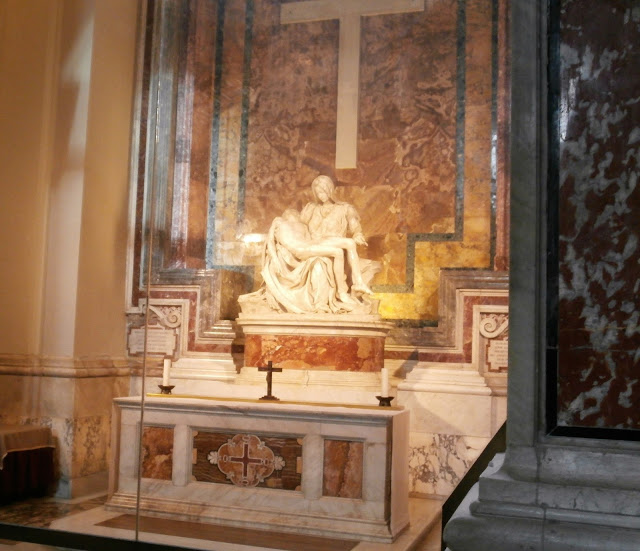 Carved from a single slab of marble, Michelangelo created this work for a French Cardinal in 1499. 200 years later it was moved to the Vatican. The sculpture depicts the Virgin Mary holding her dead son Jesus and is widely considered to be Michelangelo’s greatest work, besting even his statue of David.

The Pieta is the only work actually signed by Michelangelo. He was 24 years old when he created this masterpiece and later regretted signing the work embarrassed by his vanity. 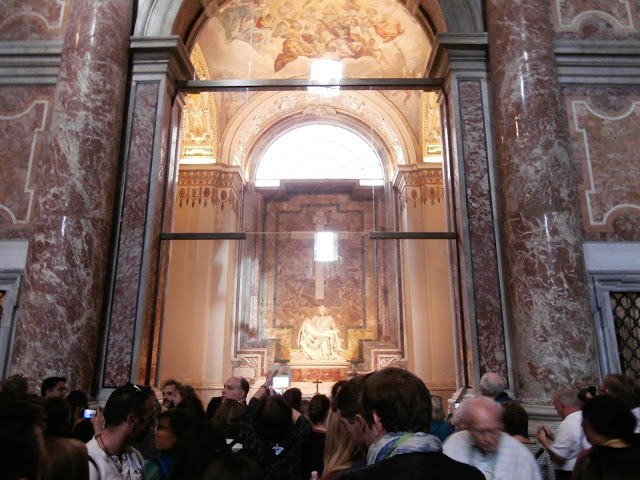 The Pietra sits behind bullet proof glass inside of St Peter’s Basilica. It was the victim of a vicious attack by a man with a hammer in 1972. The damage took 10 years to restore. 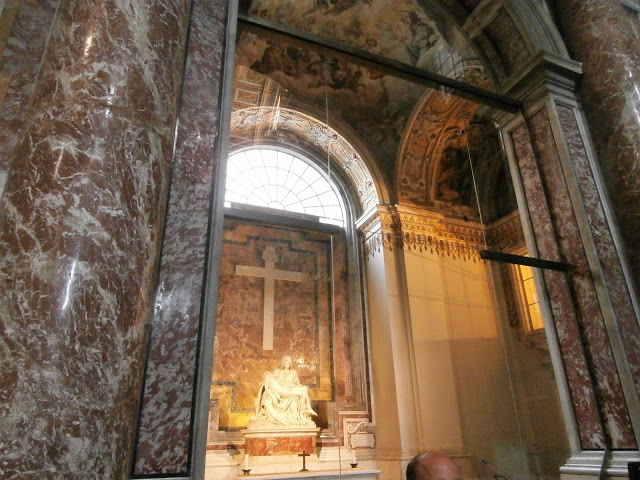 When you first enter the Basilica the Pieta is located just to the right so be sure to stop and see it before you advance into the giant Vatican church.

Michelangelo lived to the age of 88 and created some of the world’s most beautiful works of art. The Pieta is certainly one of his greatest achievements.

The Pieta by Michelangelo – The Vatican