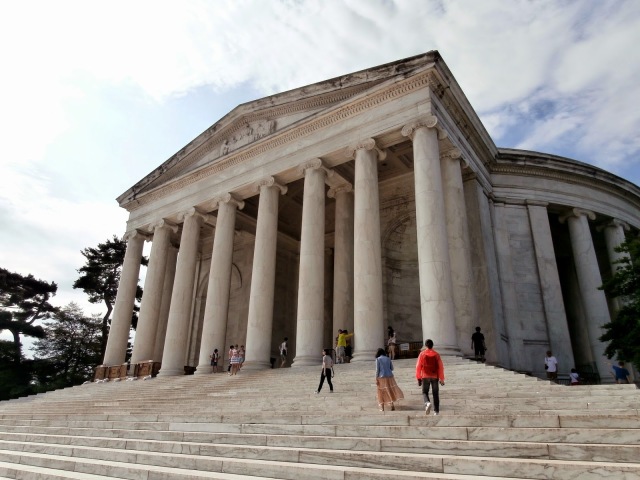 Dedicated to Thomas Jefferson the third President of the United States, this beautiful memorial built in 1943 of the classic Greek/Roman style. The Jefferson Memorial is perhaps the most beautiful in Washington DC and looks like a modern Pantheon. 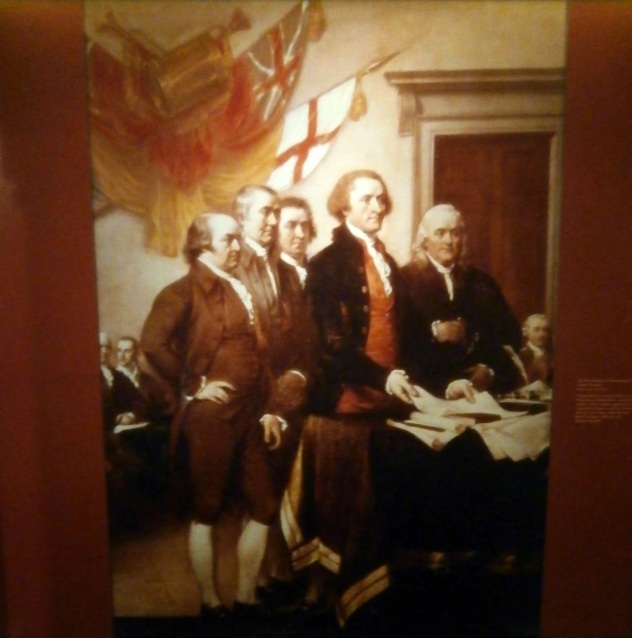 Thomas Jefferson one of the founding fathers and principal author of the  Declaration of Independence. Here a mural on display at the memorial illustrates the adoption of the documents. 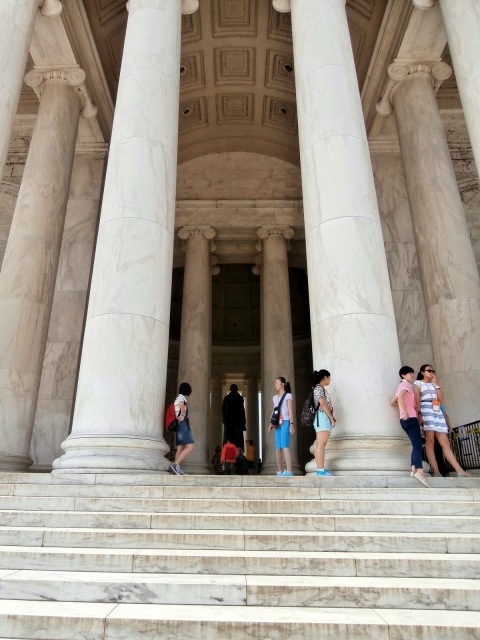 Here you get a sense for the scale of the columns and the memorial. 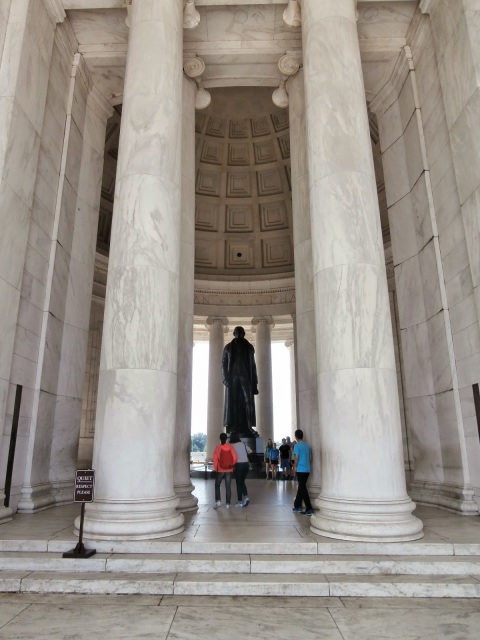 Visitors from across the United States as well as countries around the globe come to experience the memorial and pay homage to a great American leader. 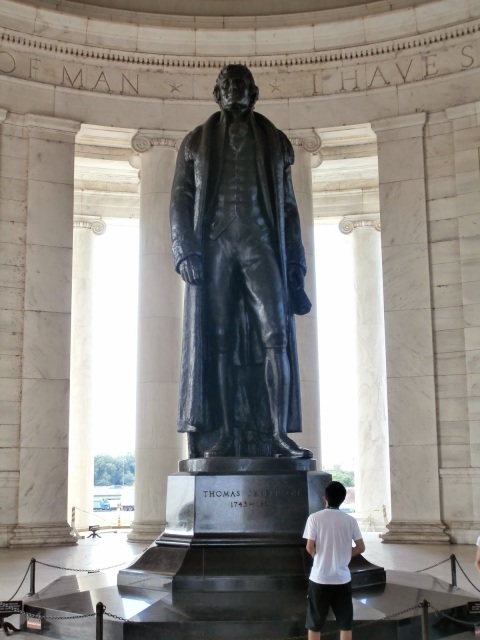 The memorial is decorated sparsely containing only the words of Thomas Jefferson and at it’s center a 19 foot bronze statue of President Jefferson. 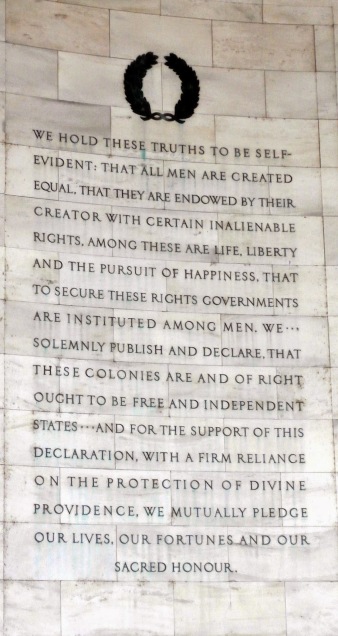 Engraved all multiple walls in the memorial are excerpts from the Declaration of Independence. 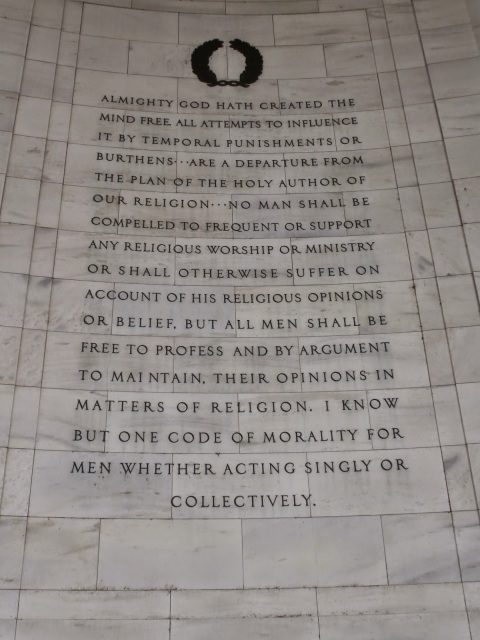 The most important words ever written regarding the ideals this nation was founded on. I include all of them here in the hope that the spirit of the message may be shared as a reminder and an example to a belief system that we all should strive to uphold. 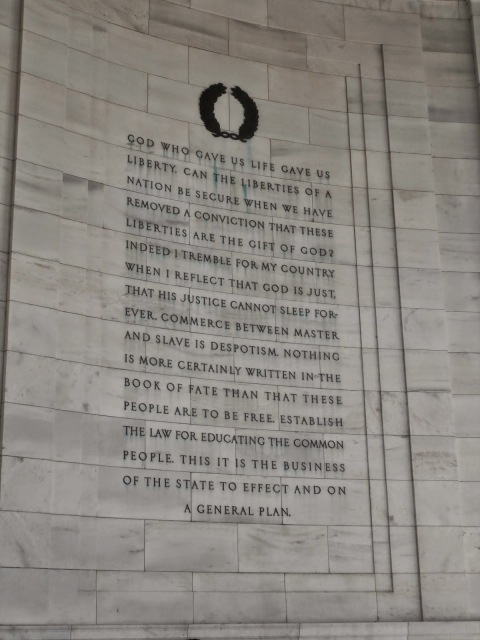 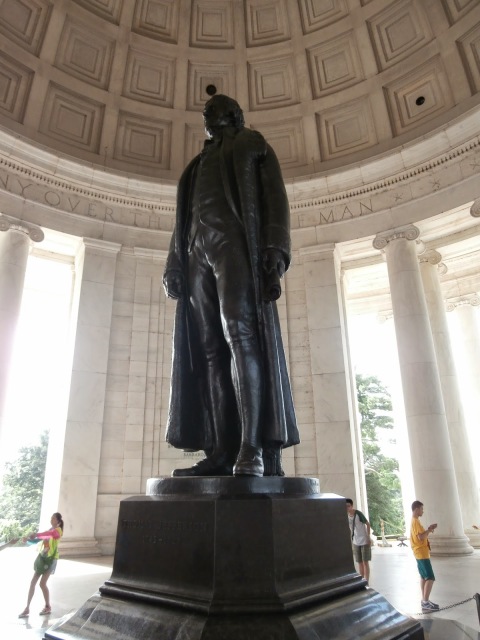 Thomas Jefferson President of the United States from 1801-1809. 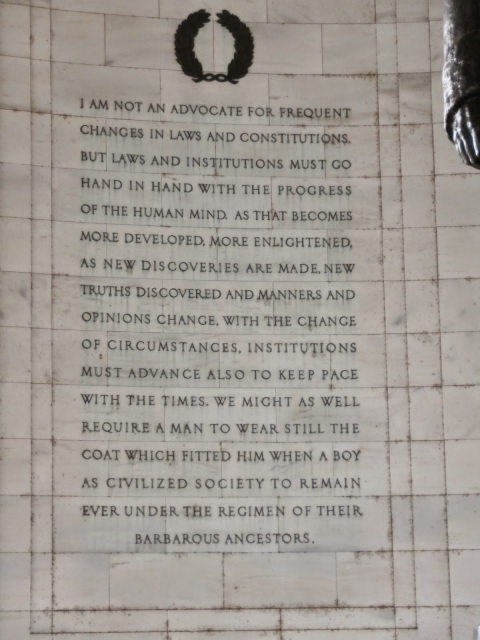 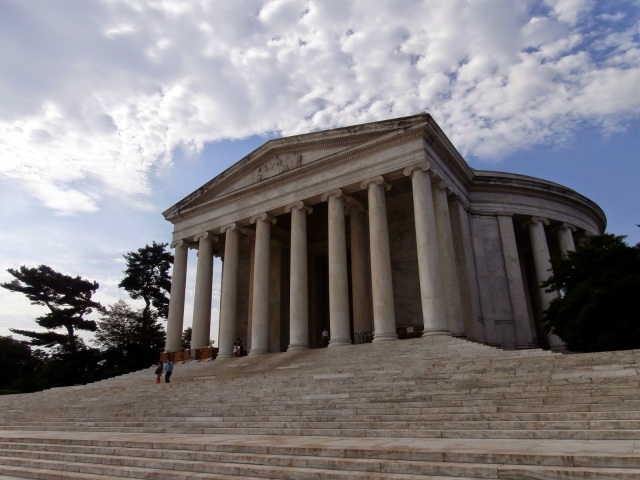 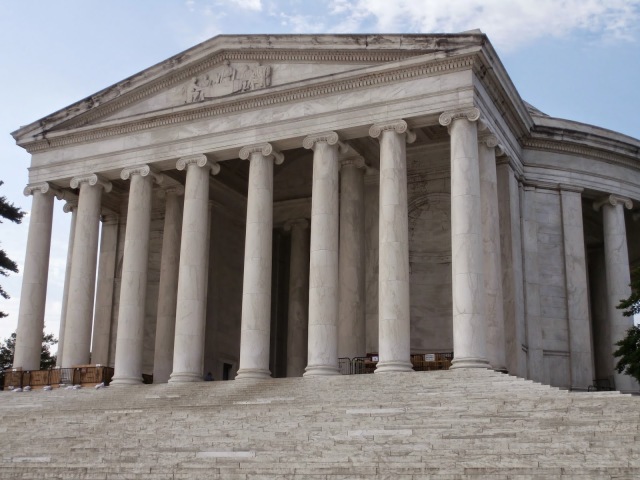 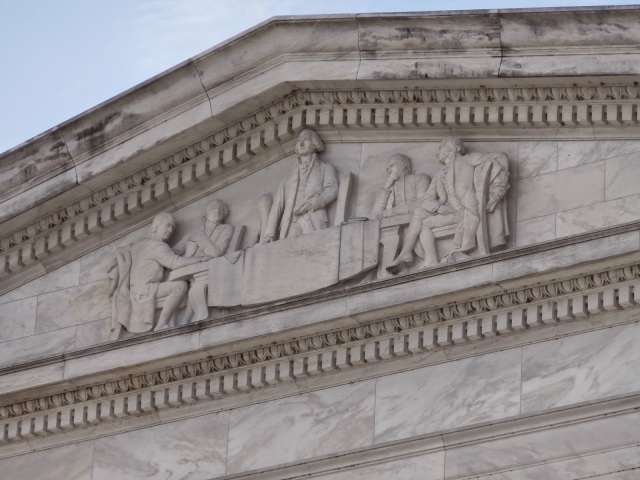 Perhaps the most beautiful of all the memorials dedicated to the Presidents.