On one of the days in Santorini I took a day sail on board the catamaran Captain Leo, operated by Spiridakos Sailing Cruises. It was a great time and was a great way to explore the island from the sea.
Just after boarding the catamaran the crew outlines the days events and immediately makes you feel welcome.

Being out on the ocean is one of my favorite things to do and on this day sailing around Santorini the weather was perfect.

Santorini is a volcanic island that has a rich geological make up. Every part of  the island  has it’s own unique character. 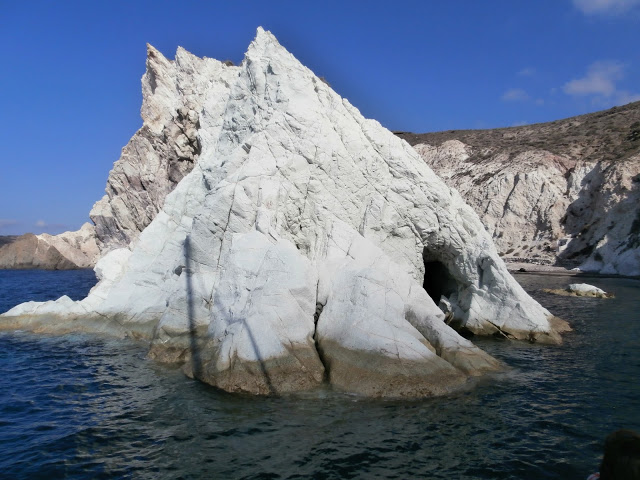 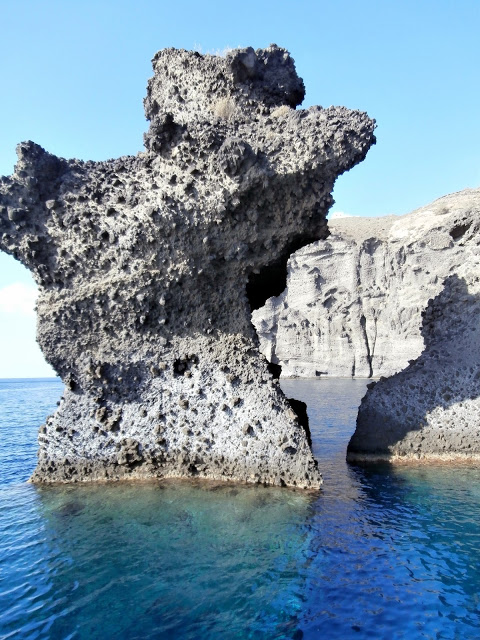 The captain wasn’t shy about taking the catamaran close to the rock formations so everyone would get a close up look. 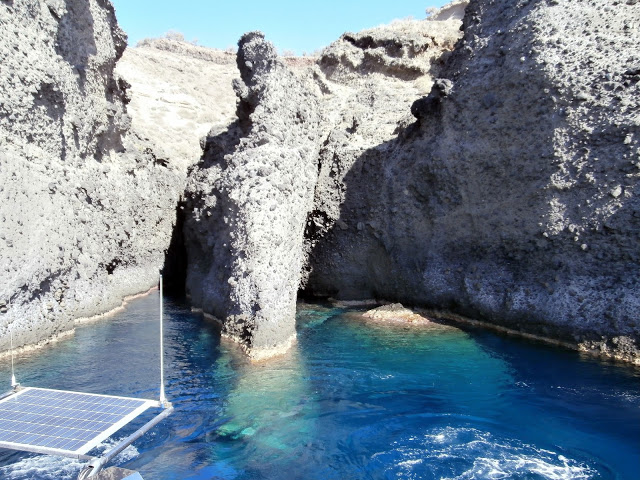 Santorini has so many coves to explore that can only be reached by boat. 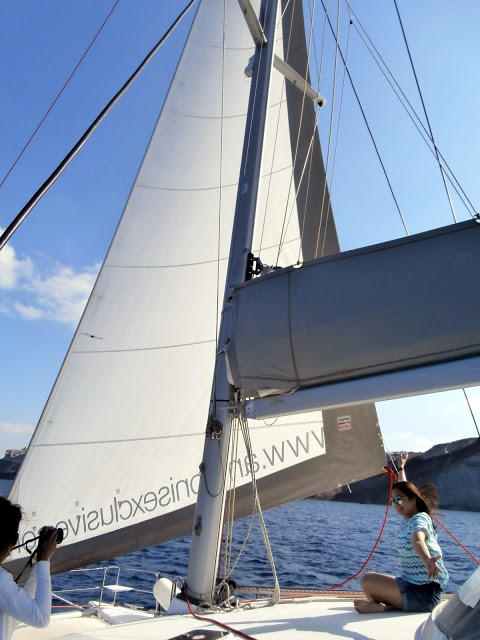 Later the skipper and crew put up the sails and ride the wind into the heart of Santorini caldera.

Most of the island shoreline is only accessible by boat so I highly recommend you make time to take a sailing excursion aboard the Captain Leo and explore the beautiful coast of Santorini.
The folks of Spiridakos Sailing picked me up from my hotel and delivered me to the boat dock as well as drove me back after the cruise. All transportation was included in the price.
The Greeks are great hosts and give you such value for your money. It’s one of the reasons I love visiting Greece.

The Captain Leo is a beautiful 57 foot catamaran with all amenities. On this day only 12 passengers were on board along with the crew of 3.The boat never seemed crowded and the excursion lasted more than half a day. I never wanted it to end!

Located on the island inside the caldera was on old man that is the only island resident. According to the Captain he’s called the island home for over 35 years.

A small Greek fishing boat arrives in the bay. 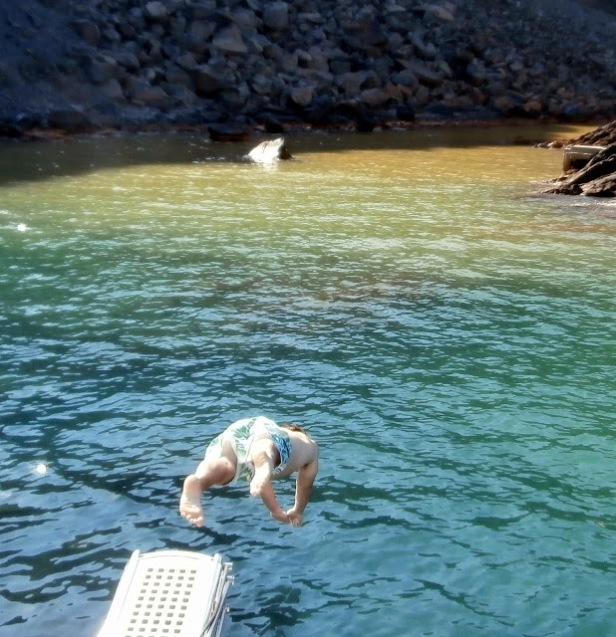 In the caldera hot springs flow up from the active volcano and the high concentration of sulfur turns the water orange. The warm waters make for an ideal swimming opportunity and the abundance of minerals in the water are said to have healing powers.

The crew prepared a wonderful lunch buffet. Lunch and open bar were all included in the $70 euro price making this a great bargain. Being out on the ocean makes me hungry!

What a great day. Meeting new people is always fun! Here everyone posed for the camera during lunch. Almost every part of the world was represented on this trip.

The large cruise ships are in the bay almost every day of the year. Here you can see Santorini’s largest town, Fira, on the cliff tops. 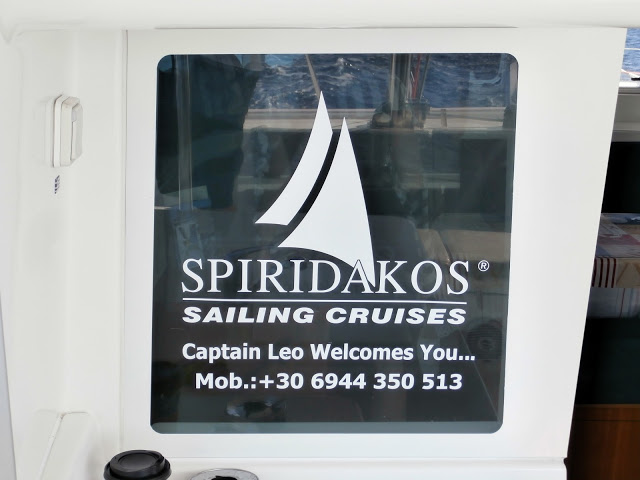 http://www.santorini-yachts.com/
I highly recommend taking a day sail with the folks at Spiridakos Sailing Cruises.
Tell them Dan sent you!